Wine tasting notes will often refer to wines as being oaky, but what exactly does that mean?Â  The use of oak in winemaking can play an important role in the final product in several different ways.

First of all, you must consider the source of the wood.Â  Most American oak barrels typically come from the species Quercus alba, which is a white oak species.Â  This oak has wider grains and lower wood tannins.Â  The wider grains allows for a quicker, more concentrated release of aromas into the wine.Â  American oak typically imparts flavors of vanilla and more sweet nuances, along with coconut (think sunscreen) and dill (think pickles).Â  This oak is used for big, powerful reds and for Chardonnays from warmer climates.

In France, Quercus petrea is more common for its finer grain and richer aromatic components.Â Â  French oak produces silky, softer style tannins.Â  Warm sensations such as baking spices (cinnamon, clove, nutmeg) are more apparent with this type of wood.Â  In France, some winemakers choose their wood from one specific forest as they each forest will have slightly different nuances on the final blend.Â  Due to the finer grain of French oak, less of the tree may be used in barrel production.Â  Therefore, the cost of French barrels is more than that of American barrels.

Others types of oak are sometimes used including Hungarian, Slovanian and even Russian oak from near the Black Sea.Â  These barrels tend to be less expensive alternatives that either French or American oak.

Another varying degree of oak barrels is the amount of ‘toast’ inside the barrel.Â  Yes, it’s the same concept of when you ‘toast’ a piece of bread (not the toast at your friend’s wedding…).Â  Toasting ranges from lightly charred, medium toast, to heavily toasted.Â  The lighter the toasting, the more of the original oak flavor is imparted on the wine, where the heavier the toast, you see a reduction in the coconut notes and perhaps a slight reduction in the color of the wine as it reacts to the toastiness of the barrel.

The size of a barrel is important to take into consideration in regards to the ratio of surface area to volume.Â  The most common size is the Bordeaux barrique which hold 59 gallons (225 liters).Â  The next most common is the Burgundy barrique at 60 gallons (228 liters).Â  Some wine producers will use a foudre, a large barrel made of oak (or chestnut) and used in other parts of France, that can range in size from 150-350 hectoliters.Â  These large vessels are used more to age the wine than for the qualities the wood may impart on the wine itself.Â  On the smaller side, often used by home winemakers are mini-barrels which may hold 1-10 liters of juice.

This takes us to the age of a barrel and it’s varying effects.Â  The first time a barrel is used, it provides a wine with good texture and a substantial amount of tannins.Â  With each subsequent years the barrel is in use, the nuances that it offers become less and less.Â  Some wineries will only use 100% new oak every year (now you know why that wine costs so much!).Â  Others will use the barrel up to three years, then scrap the inside of the barrel, retoast it to their specifications, then put it back into rotation.Â  Some only used ‘seasoned’ barrels (those who have been used several years without a retoasting) and refer to them as neutral barrels that will impart very little on their wine, but do allow it to age with a slight exposure to oxygen.

Next time you are tasting your wine and feel like you are in the forest, think about all these factors about barrels that the winemaker takes into consideration when crafting their product.–Jenny Benzie 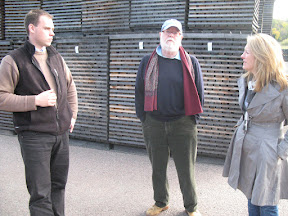 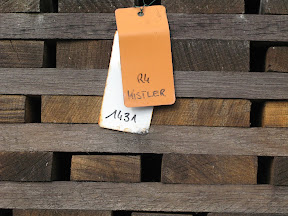 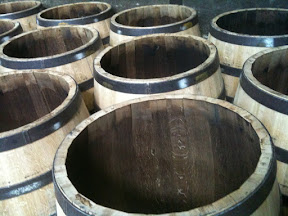